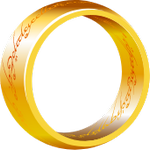 Matamata is a small agricultural town situated at the foot of the Kaimai Ranges in the fertile region of the Waikato, an area famous for dairy farming and thoroughbred horses. The nearby Wairere Falls are the North Island's highest waterfalls and a walk up to the lookout is also a great spot to take in the magnificent views over the Waikato Plains, spread out before you like the four corners of the Shire. When you know that the Shire is described as a small but beautiful, idyllic and fruitful land, with small pockets of forest amongst the lush pasture, you can see why it was filmed in this corner of New Zealand.

In the midst of these endless rolling green hills flecked with white sheep in the village of Hobbiton. Be prepared to be transported to the peaceful region of Middle-earth where Bilbo Baggins lived and the quest for the ring began. Hobbiton village is overlooked by The Hill, the location of the Hobbit holes and complete with gardens, tools and overgrown laneways. Bag End, home to the famous Baggins family is the crowning glory though there's strictly no admittance 'except on party business'.

Immerse yourself in the attention to detail, from the brightly painted doors and exquisitely carved letterboxes to mini wheelbarrows and beehives and the magnificent Party Tree standing in the Party Field. Lanterns were hung in its branches during Bilbo's 111th birthday party. The little lake and river add to the peaceful scene. Sandyman's Mill is there too, standing on the edge of the pond near the double arched bridge. Before you leave, be sure to partake of a Hobbit brew at the Green Dragon Inn, carefully recreated from the inn that featured in The Lord of the rings trilogy.